Salice, a world leader in the field of opening systems, fittings for furniture and wardrobe accessories, produces a comprehensive range of the highest quality products for manufacturers of kitchen furniture and producers of all types of furniture cabinets and wardrobes.

Salice holds a well-established position worldwide by virtue of its natural talent for innovation, careful attention to quality, efficiency of customer service, and reliability earned during more than 90 years of experience. Salice is one of the most prestigious brands among the small, medium-sized and large companies in the furniture industry.

The genesis of this enviable leading position goes back to 1926 in Cantù, when the founder, Arturo Salice, started the retail distribution of hardware produced in Italy and abroad. This enterprise, initially restricted to the local area, became a thriving business that, with ability and perseverance, was extended to the whole of Italy.

At the end of the fifties Arturo Salice started the production of his own line of furniture hardware at the new factory built at Cantù. At the same time, his sons Giorgio and Luciano entered the company and started to work together with their father in the management of the new venture, sharing with him the same qualities of perseverance, hard work and inventiveness. In those years, the far-sighted decision was taken to specialise exclusively in the production of furniture hinges.

In 1975 the huge new factory at Novedrate, the present home of the company, was inaugurated.

All production, the technical and administrative offices, warehouses, computer-based forwarding centre, and the Salice Technological Centre are accomodated in a building complex of 47.000 square metres which itself is set in a green landscape of 143.000 square metres.

Salice is active in all the industrialised countries of the world through its network of subsidiaries.
1971: opening of the first two subsidiaries in Neckarwestheim, Germany and Antibes in France.
1985: a third subsidiary was opened in Huntingdon, UK.
1988 – 1989: opening of the Mississauga, Canada and Charlotte USA subsidiaries.
1993: an additional support and a stronger presence in the German and US market is provided by the opening of the branches in Löhne and Los Angeles.
2011: opening of Salice Espana in Barcelona.
2015: Salice extends its coverage to encompass Southeast Asia by establishing the Salice Asia branch, based in Hong Kong, and Salice China branch in Shanghai.
2020: Salice establishes Salice Portugal in Paredes, in the Porto district.
2021: Opening of Salice India, located in Thane, a few kilometres from Mumbai.

Now, as in the past, the company pursues a policy of constant investment aimed at keeping the production facilities up-to-date, improving production systems and rationalising production processes.

The Salice Technological Centre is the diamond point of the factory at Novedrate, where the most advanced part of the experimental research is concentrated.

The centre employs a team of seventy technicians operating with sophisticated information systems and occupied with research into new design and functional solutions, the development of innovative products, the improvement and updating of those already in production as well as the design of tooling, machinery and the equipment most suitable for their production. 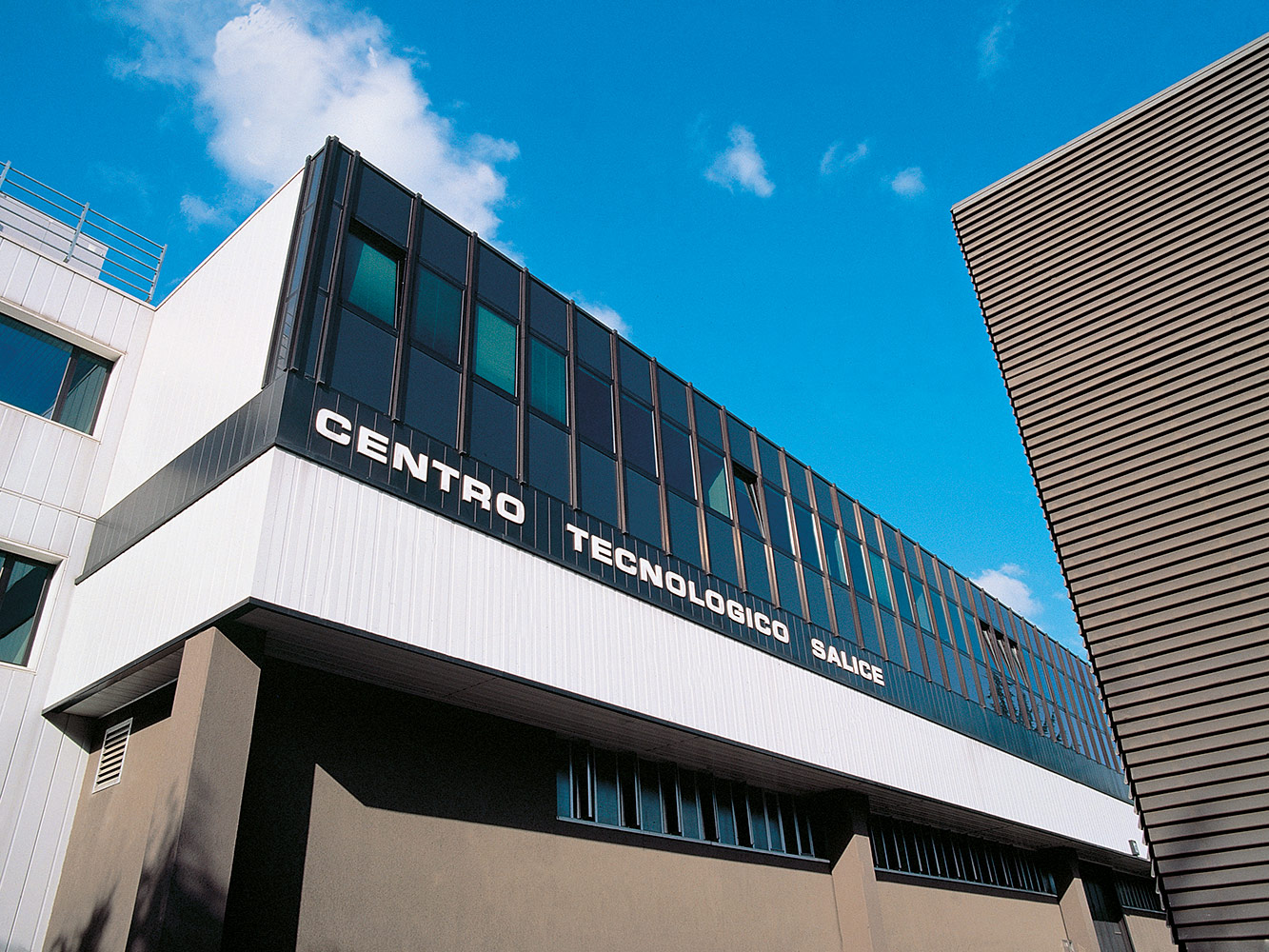 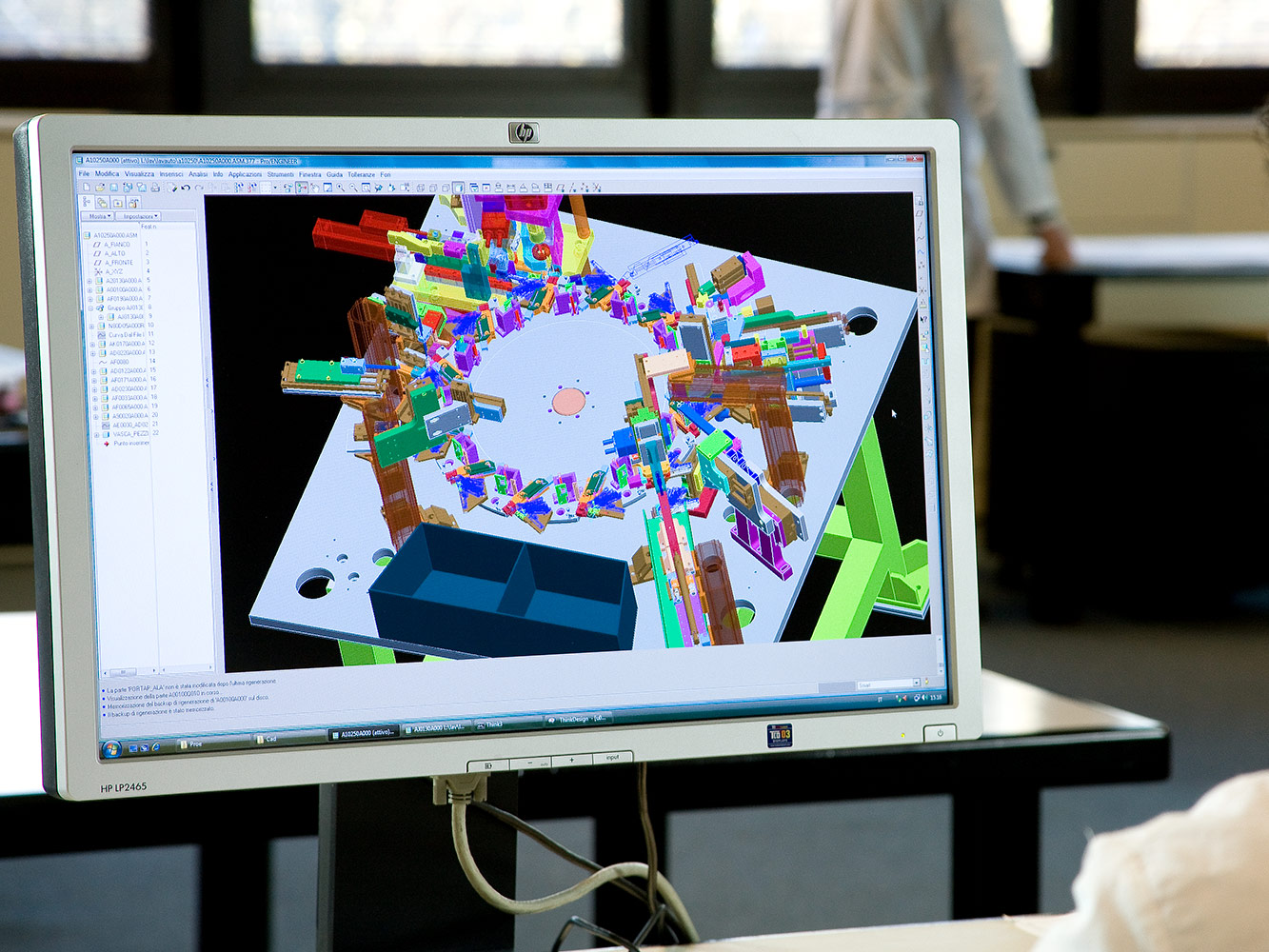 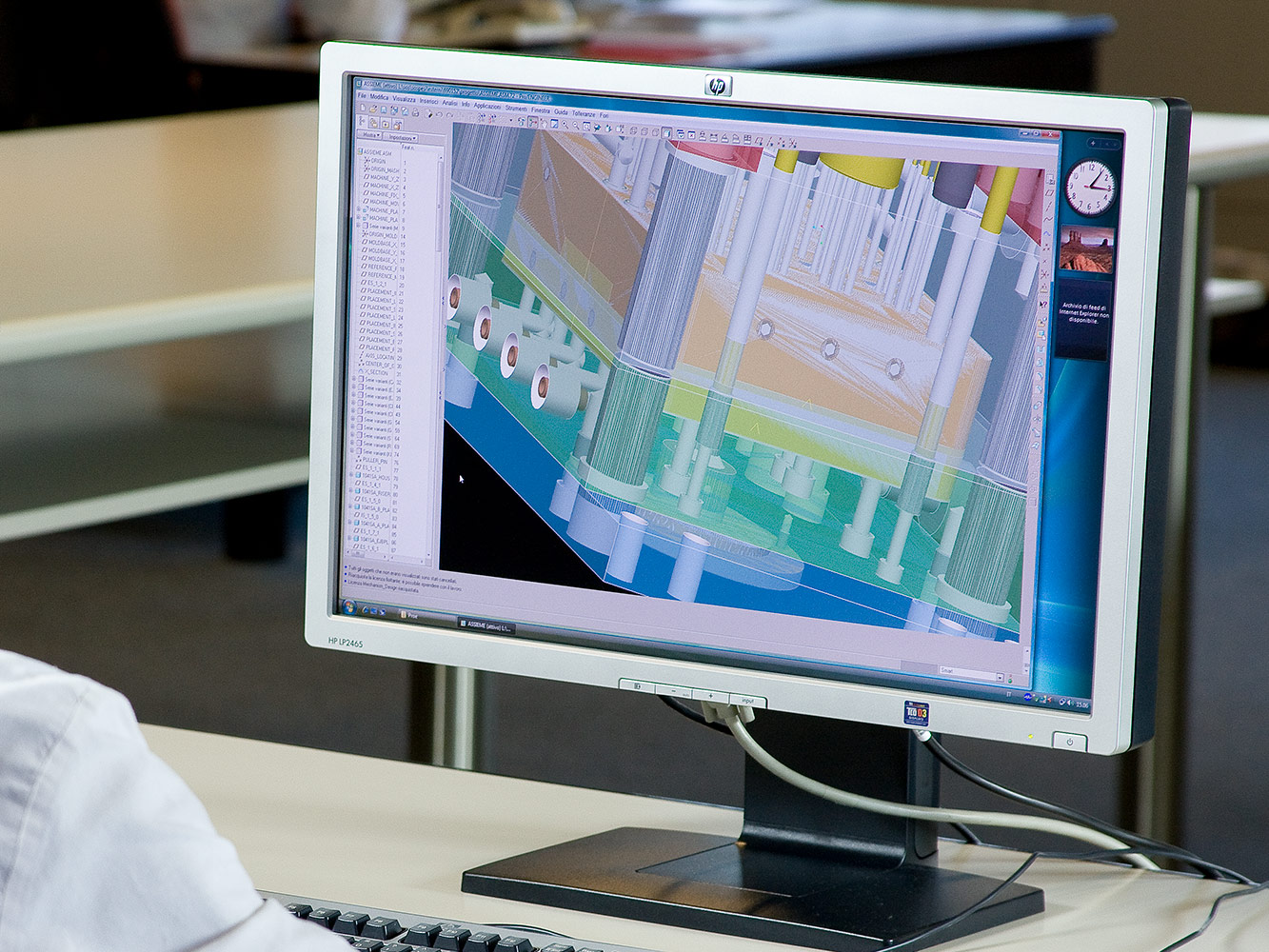 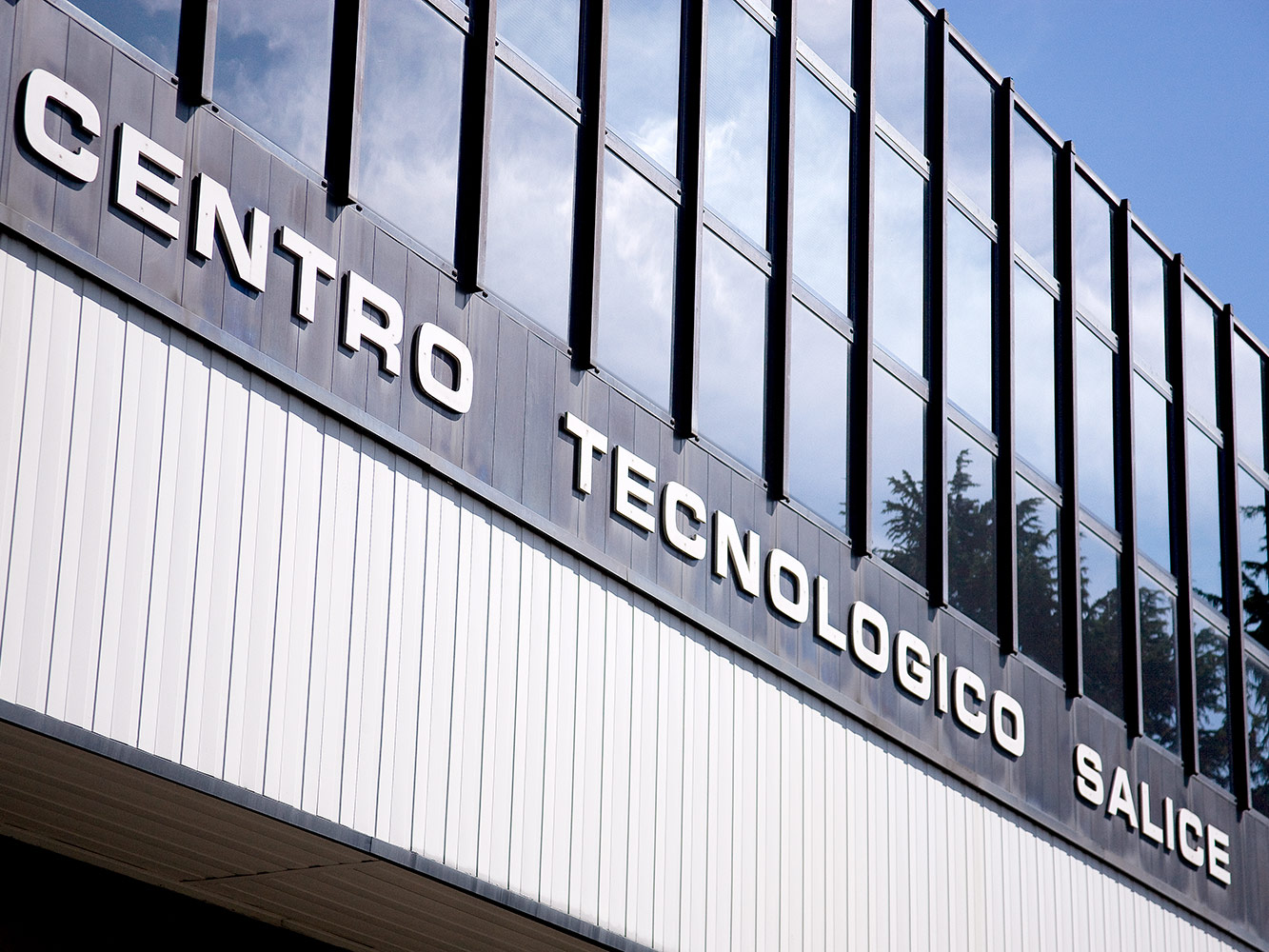 Strengthened by the skills acquired over the years, the primary objective of our company remains quality which is achieved through the employment of new technology and assured by workmanship of proven ability and competence.

Today's production consists of a very wide range of hardware for the furniture industry: a composite and complete assortment able to meet any construction requirement ranging from the simplest to the most complex applications.

The high quality, the widespread distribution and punctuality of shipments have resulted in Salice becoming the trusted and reliable partner of the most prestigious furniture companies of large, medium and small size.

Every day the numerous continuous-cycle machines rationally located in the factory at Novedrate produce huge quantities of semi-finished components and finished products that are subsequently conveyed to their respective automated warehouses.

The logistics department of the company is assisted by a fully computerised system that assures the exact course of every single operation.

This makes possible the timely execution of orders, guaranteeing the fast shipment that is a cornerstone of the service offered by Salice to its customers. 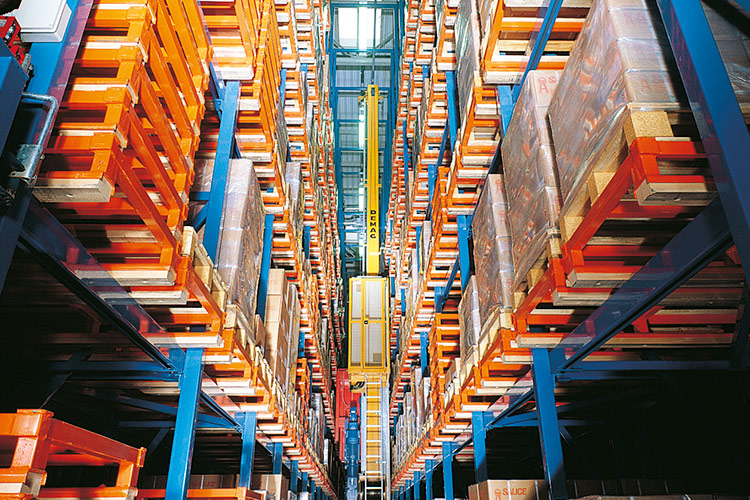 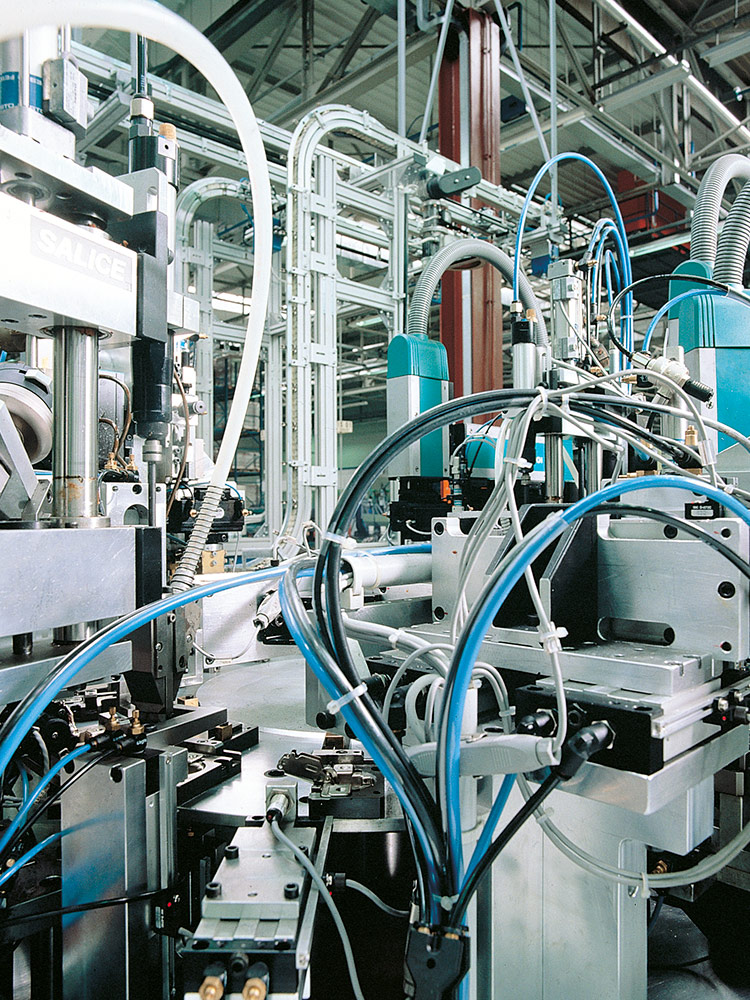 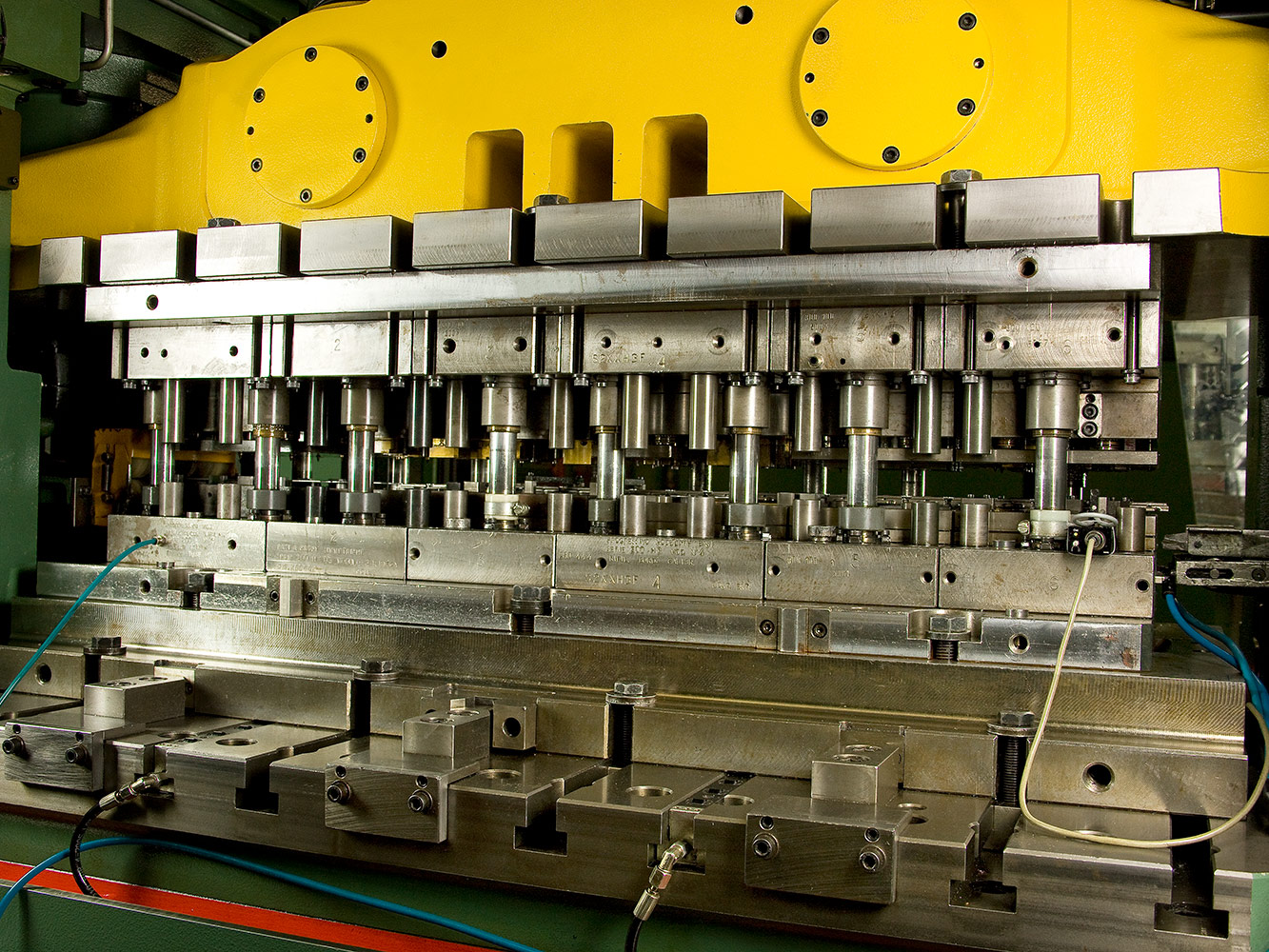 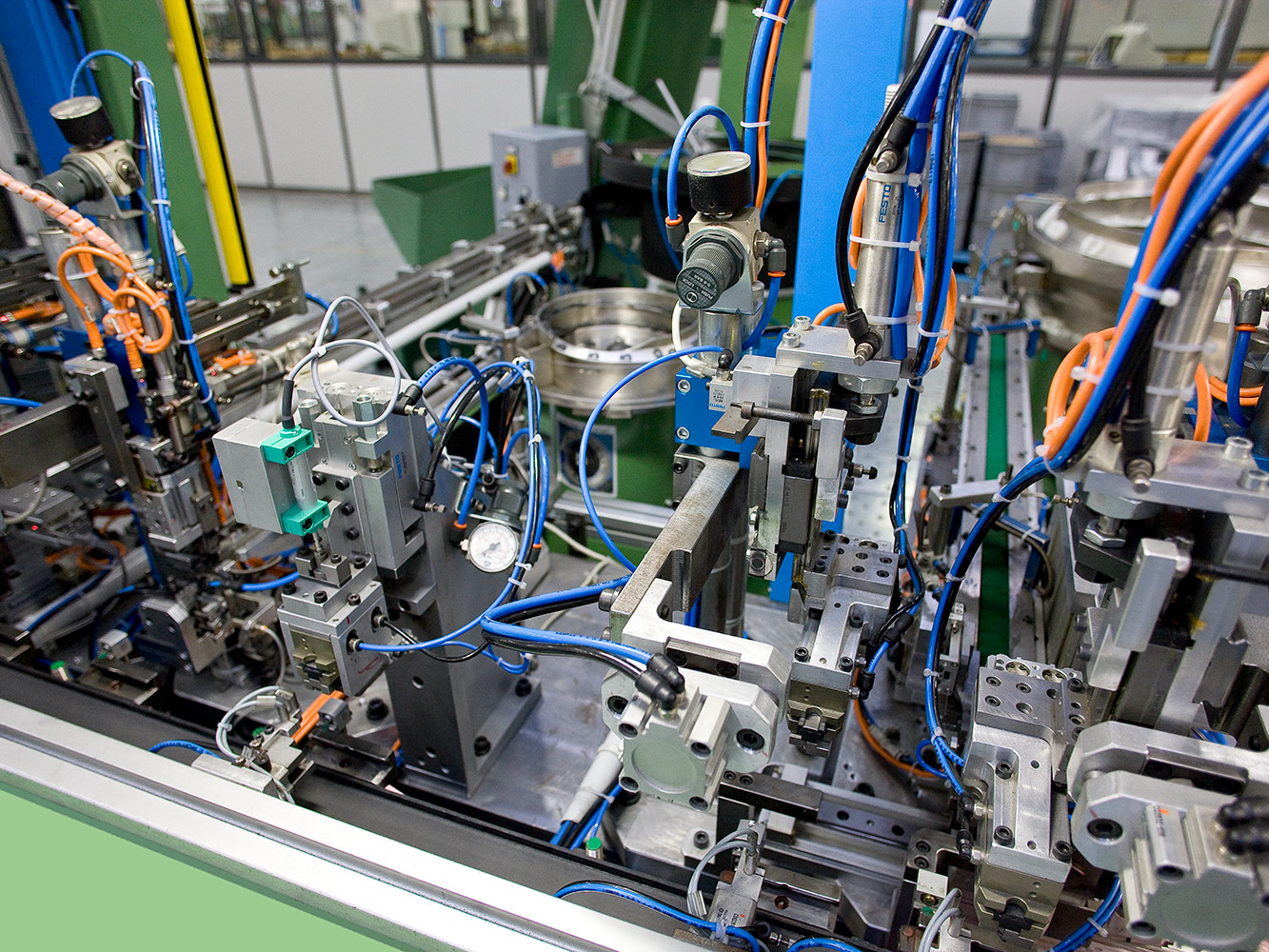 In this department, the projects originating from the studies and research of the Salice Technological Centre are implemented. The department employs a highly specialised team which, by use of advanced tooling equipment produces moulds, constructs machine and tooling equipment that enable the company to introduce and test new items that are to be produced, as well as to improve and update the items that are already in production.

The tooling department is very important to Salice as it ensures the optimisation of production processes utilising the highest degree of automation and it forms the essential link with the production department and gives the certainty of total control over quality standards.

Det Norske Veritas, founded in Norway in 1864 is the certification body internationally known for its professionalism and competence, who certified Salice in 1993 to the "QUALITY ASSURANCE system ISO 9001" guaranteeing its conformity to the highest quality standards and in 1998 to the "ENVIRONMENTAL MANAGEMENT system ISO 14001", to witness that the company is attentive to the protection of the environment.

Besides being subjected to stringent in-plant tests, Salice products are tested by independent bodies to verify their conformity with strict quality criteria, strength and durability, according to standards appropriate to the certification body and the country: CATAS (Italy), LGA (Germany), CTB-FCBA (France), LAW-MACTEC (United States), FIRA (United Kingdom). 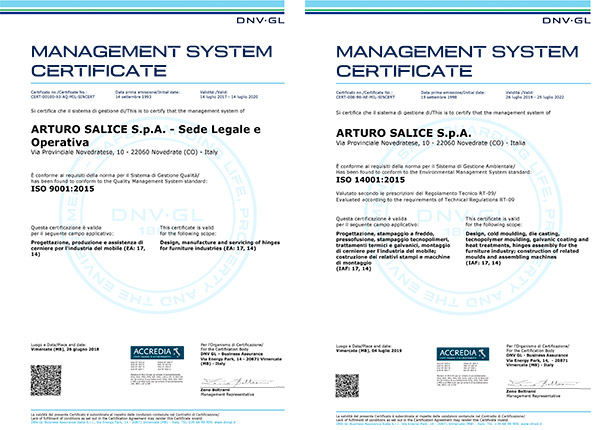